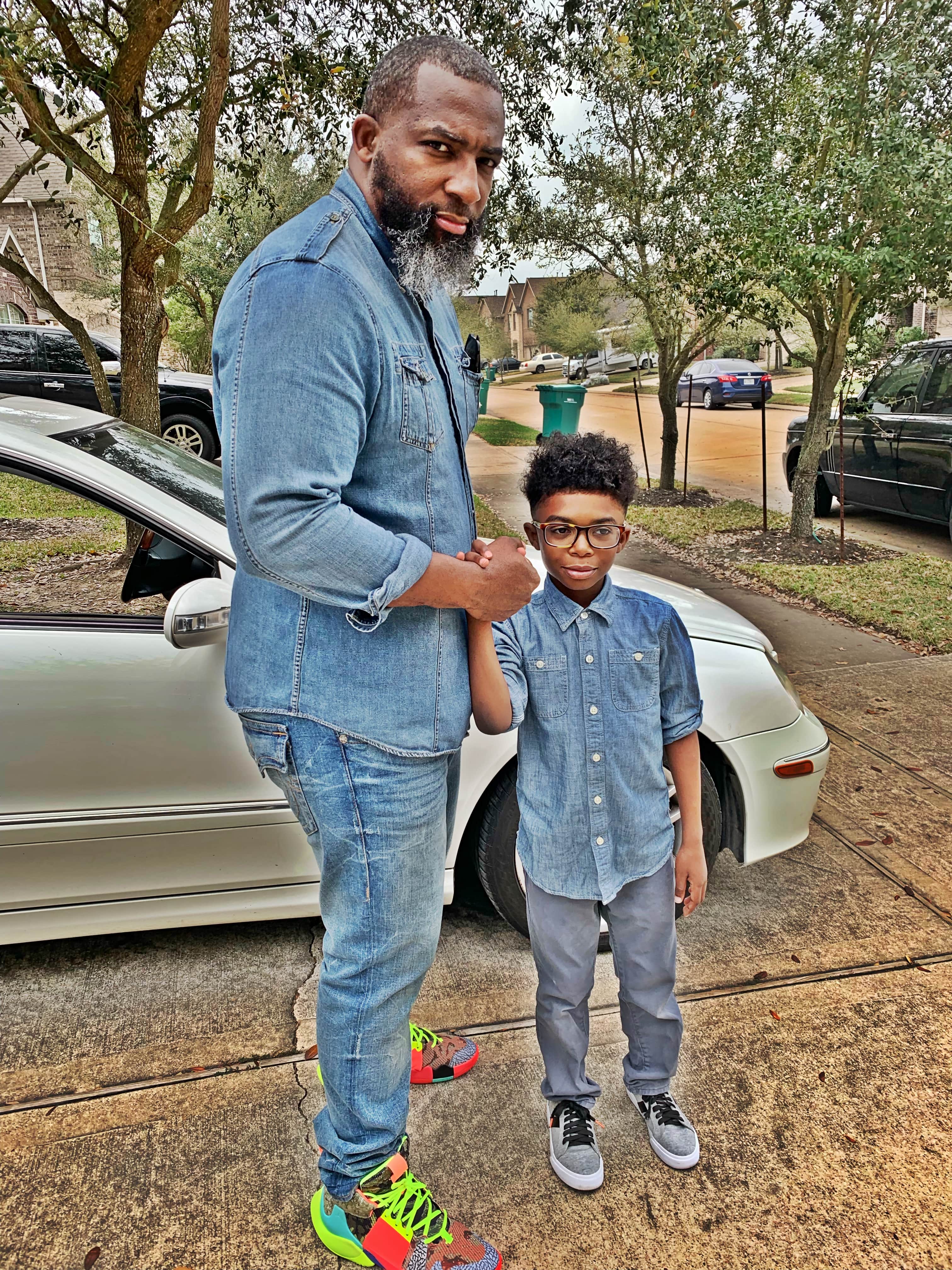 The other day, my 9-year-old son randomly asked me a question that I did not anticipate. “Dad, what is the ‘hood’?” My entire family had just left my 5-year-old daughter’s first dance recital and we were all seated in the rear of a local seafood restaurant in Northwest Houston. Each one of the adults at the table went stark silent after the question. In an attempt to appear unbothered, I continued to work on my bowl of loaded gumbo and replied, “Son, I’ll talk to you about it when we get home.”

Satisfied with my response he said, “Ok Dad,” and continued munching his French fries.

My wife gave me ‘the eye’ and shook her head. The truth was, I already knew what she was thinking. Why was our suburban, elementary school-aged son asking about “the hood?”

Ultimately, my mother-in-law blurted out, “Why do you want to know about the hood, Q?” “Where did you hear that word?”

My son looked up and said, “GTA.” Puzzled, my mother-in-law replied, “What’s that?”

“It’s a video game,” I interceded. “Grand Theft Auto, a carjacking game. He must have seen it on YouTube,” I said.

I reiterated to my son that we would discuss it later and we changed dinner topics. But the adults were all thrown off by the question. Was our son infatuated with the negative stereotypes of urban life? Would he begin to demonstrate false and hyper-stereotypical behaviors associated with society’s belief of “hood-life?” Why was he so interested in “the hood?”

My wife and I were born and raised in Philadelphia. My wife grew up in the Germantown section and I grew up in North Philly near Temple University. A few years after we married and moved to Texas both of our mothers relocated to Houston as well.

While my wife’s neighborhood was nicer than mine growing up, both areas had their respective share of drug-dealing related issues, poverty, crime and violence. I can probably name a dozen or more young men that I grew up with that were violently killed before turning 40-years-old. I can identify a dozen more that served significant prison sentences. My wife also experienced the loss of friends due to neighborhood violence. These outcomes can all be connected to the significant economic deprivation of these communities due to decades and decades of discriminatory practices in real-estate, government planning, employment and education.

To be clear, my personal experience growing up in inner city Philadelphia was a great one that I value tremendously. I am proud to be from Philly and I have love for each of the people that shaped my experience growing up. I visit as much as I can and I still root for EVERY sports team (Go Eagles!). There was nothing like it being born and raised a Philadelphian.

However, when we selected where to build our Texas home, we had certain criteria in mind. We wanted good schools, excellent resources, personal security and an environment where we could contribute to a community. We wanted to raise our family in an area that was completely antithetical to the cliché of “hood life.”

Here we are, nearly 25 years since I left Philadelphia to attend college and our very suburban son appears to have an infatuation with a consciousness that we worked so hard to leave behind.

As a criminal defense lawyer, I’ve been surprised at the economic and social backgrounds of some of my clients. Conventional wisdom would suggest that those that commit serious crimes would hail from some of the most economically and socially challenged neighborhoods.

Unpredictably, many of my clients that are accused of serious crimes are young black men under the age of 25 and most of them come from what most would consider “good families” living in nice neighborhoods…Suburban neighborhoods.

Why would kids like my son who live in nicer areas with good families seem to gravitate toward sensationalized crime culture?

Our generation has worked hard to provide better opportunities and more positive environments for our children and ironically some of us are raising children who are working hard to participate in the street culture from whence many of us came.

Perhaps we instill a harmful sense of fantasy entitlement within our children by giving them too many material possessions. Many of us view a better life for our children as equivalent to “giving them what we never had.”

What I’ve seen in my criminal defense practice is a desire for many of our children to associate with negative, stereotypical behaviors by in some cases engaging in aggravated robberies and using and selling illegal narcotics.

This phenomenon baffles me as I really don’t understand the ‘why’ behind this fascination.

But what I do know is that it is up to us as parents to identify behaviors in our children that speak to an enchantment with negative stereotypes.

It’s been nearly five days and I still haven’t had the talk with my son. How would you address the matter?